The beautiful village of Kemble, Gloucestershire is far more than simply home to Kemble Railway Station. It has been and is a veritable hive of activity, from day-trippers, tourists and holidaymakers using its surprisingly busy station, to commuters,  to commercial organisations making their home on Cotswold Airport.

Kemble is a rapidly expanding village, with a swathe of new properties currently being constructed. In fact, Gloucestershire is one of several areas where house completion rates have risen substantially over the last year.

Opened by the Great Western Railway in 1882, Kemble Railway Station, at one time, used to run to Cirencester Town – the old Station Platform still exists today, behind the Memorial Centre in Sheep Street! After the line was closed in April 1964, the station now runs to London Paddington, Gloucester and Cheltenham Spa and local services run to Swindon, Gloucester and Cheltenham Spa making Kemble and Cirencester far more accessible than you might think!

Reliance Taxis offer fixed rate fares from several locations in Cirencester including the Royal Agricultural University, and Cirencester College, Stroud Road; trips to Kemble Railway Station can be booked for as little as £10.00.

Kemble Railway Station offers a waiting room for those chilly Spring afternoons and a café for those with a slightly longer wait for their train. Surprisingly, The limestone bridge, at the south end of the station, was Grade II listed from 5 Nov 2015 and the station and water tank from 27 Feb 1986.

Taxis are available from the Ticket office platform of the station but we do recommend prebooking yours to meet you to ensure your seamless journey – just call 077 877 90644.

The Tavern at Kemble

The Tavern Inn at Kemble is very closely situated to Kemble Railway Station. A friendly pub with a convivial landlord, they are always ready to welcome you with a delicious ale, or something stronger if your journey calls for it! Serving hot and cold food, this increasingly popular pub is a real find…one of the Cotswolds best kept secrets.

Kemble Air Services now own this historic, 532 acre site that is home to many successful aviation and non-aviation businesses. It was once used by the United States Air Force, who left in 1993. There is a superb restaurant – AV8 –  in very close proximity to the Control Tower, where you can enjoy a Mediterranean style lunch or dinner while watching some of the (now privately owned) classic British jets coming in to land. Why not let Reliance Taxis take you there…and home again?

Reliance Taxis can provide both six seater and executive vehicles for pilots and passengers alike, ferrying you straight from the landing strip to your hotel of choice. We can meet you at a specific hangar or even the Control Tower depending on your preference.

As if that wasn’t enough….

Kemble Village also has its own Village Shop and Post Office which stocks a wide variety of products, has a Primary School that is home to around 100 children and is also the site of All Saints Church.

Remember, Reliance Taxis are only minutes away from Kemble, so whether you need to get from Kemble Railway Station to Tetbury, South Cerney, Lower Mill Estate, Somerford Keynes, Cirencester, Malmesbury or any of the surrounding areas, there is no better option than to book one of our clean, comfortable cars to collect you and take you where you want to go at an excellent price, with first class service. 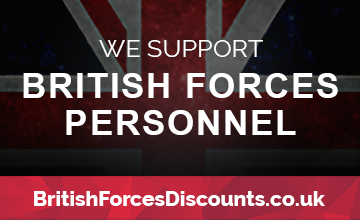